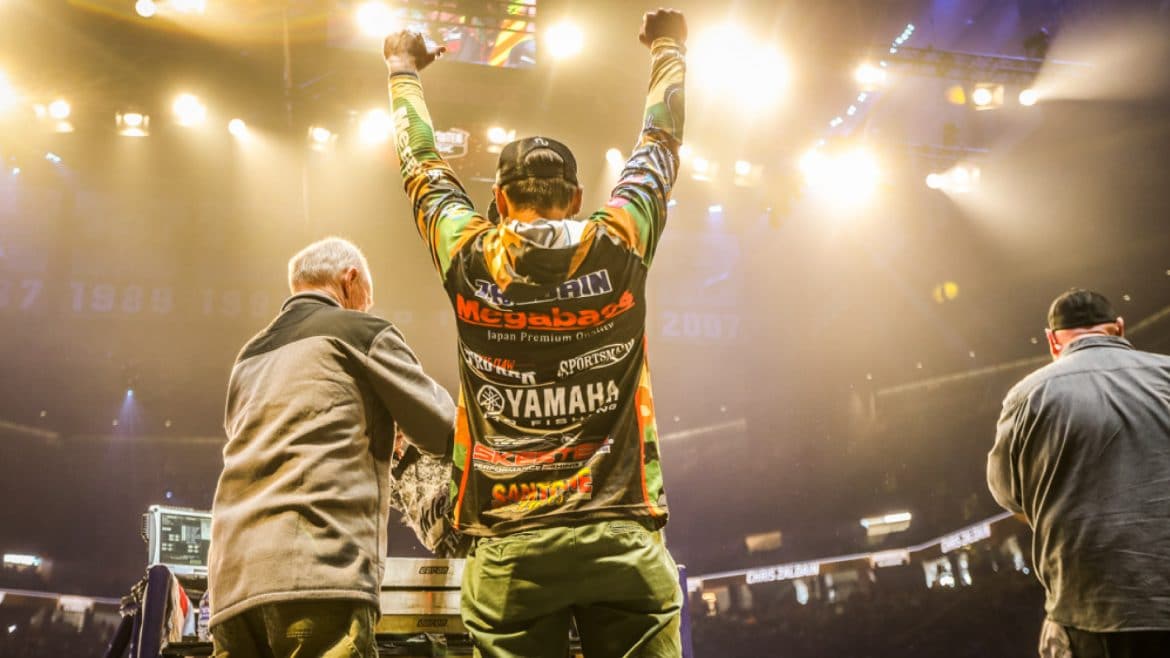 ZALDAIN GOES AGAINST THE CURRENT FOR A CLASSIC-BEST LIMIT

Faced with an 11-pound gap to make up after Day One of the Bassmaster Classic, Chris Zaldain was amazed by the 20 pounds that Ott DeFoe brought to the scales. He’d followed a “false clue” on Day One that led him down an errant path to four fish that totaled 9 pounds even. Nevertheless, on Day Two things came together for the 34-year-old native of California, and he one-upped the eventual Classic champ. His 21 pounds 12 ounce would prove not only to be the biggest bag weighed on the Tennessee River that week, but it vaulted him from 28th place to 3rd, just 1-10  behind new leader Jacob Wheeler.

“I had zero pressure that day,” Zaldain recalled. “I didn’t have a cameraman in my boat. I didn’t have any spectators. I left my GoPro in the truck. It was like being back on Clear Lake or the Delta. I just enjoyed every single bit of it.”

It was easy for him to enjoy because he was getting consistent bites on a 6-inch Megabass Magdraft. He’d pieced together a true pattern that allowed him to rely not only on places he’d found during practice, but also to look at his Lakemaster Chip and identify new productive areas on command.

“From 10:30 am to 12, every single spot I hit, both those I’d fished previously and those I identified on the fly, produced fish,” he said. “I think I was eight for eight or nine for nine on new spots, and they were all from 3 pounds to 5-14, and it happened in the biggest tournament bass fishing has to offer.”

Putting Together the Pattern

What allowed Zaldain to experience that daylong stretch of fishing nirvana?

He’d been fishing well previously, notching a runner-up finish at the prior Elite Series event on Lake Lanier with a combination of swimbaits, but this was a true pattern effort, allowing him to “fish the moment” as conditions changed. Other pros in the field relied primarily on small balsa crankbaits, spinnerbaits and vibrating jigs, but Zaldain employed a 6-inch soft swimbait that most would’ve dismissed as an unlikely choice in the stained water. He also dialed in the precise areas and found an unconventional way to keep the lure in the strike zone to tempt wary fish. 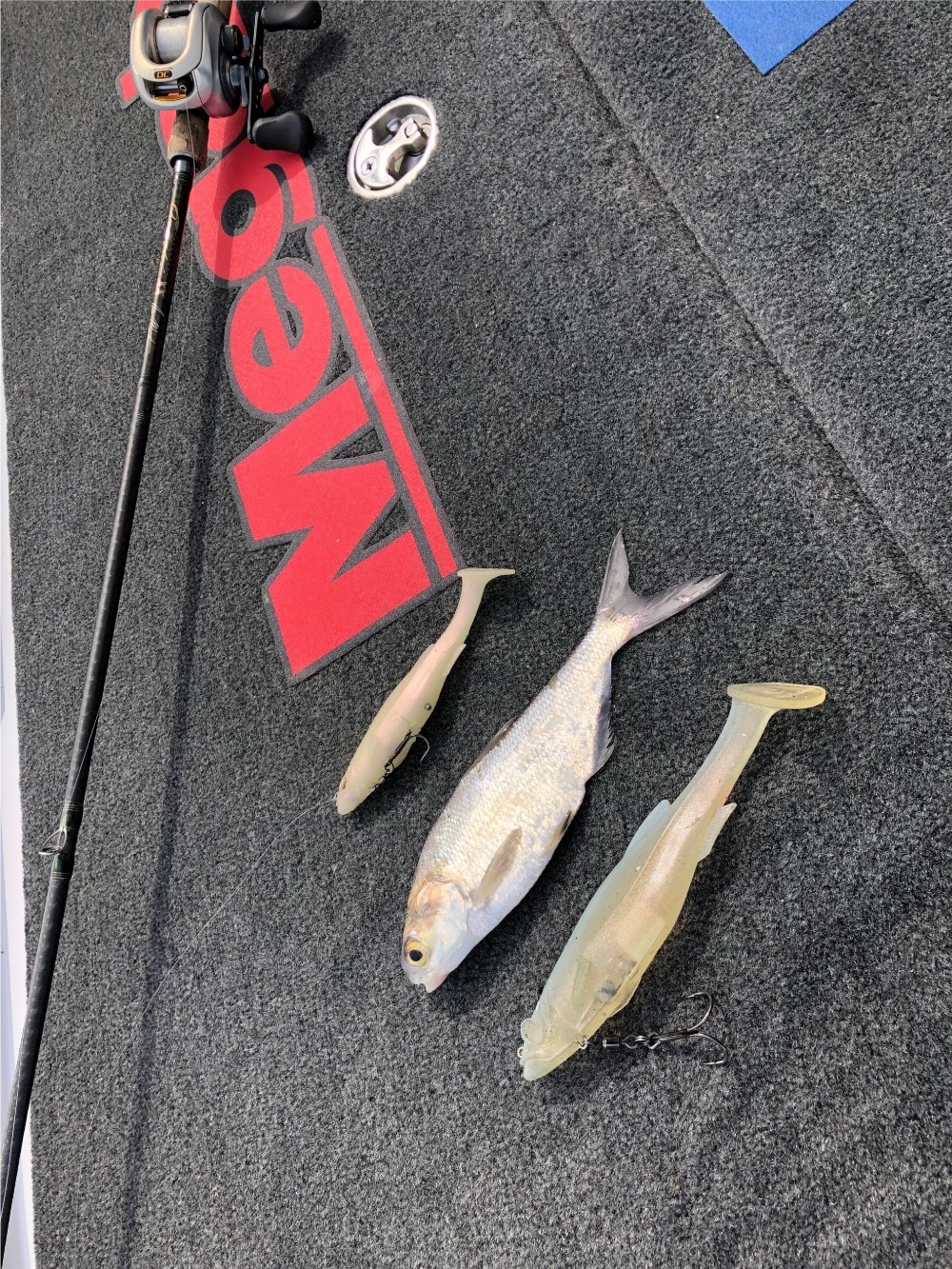 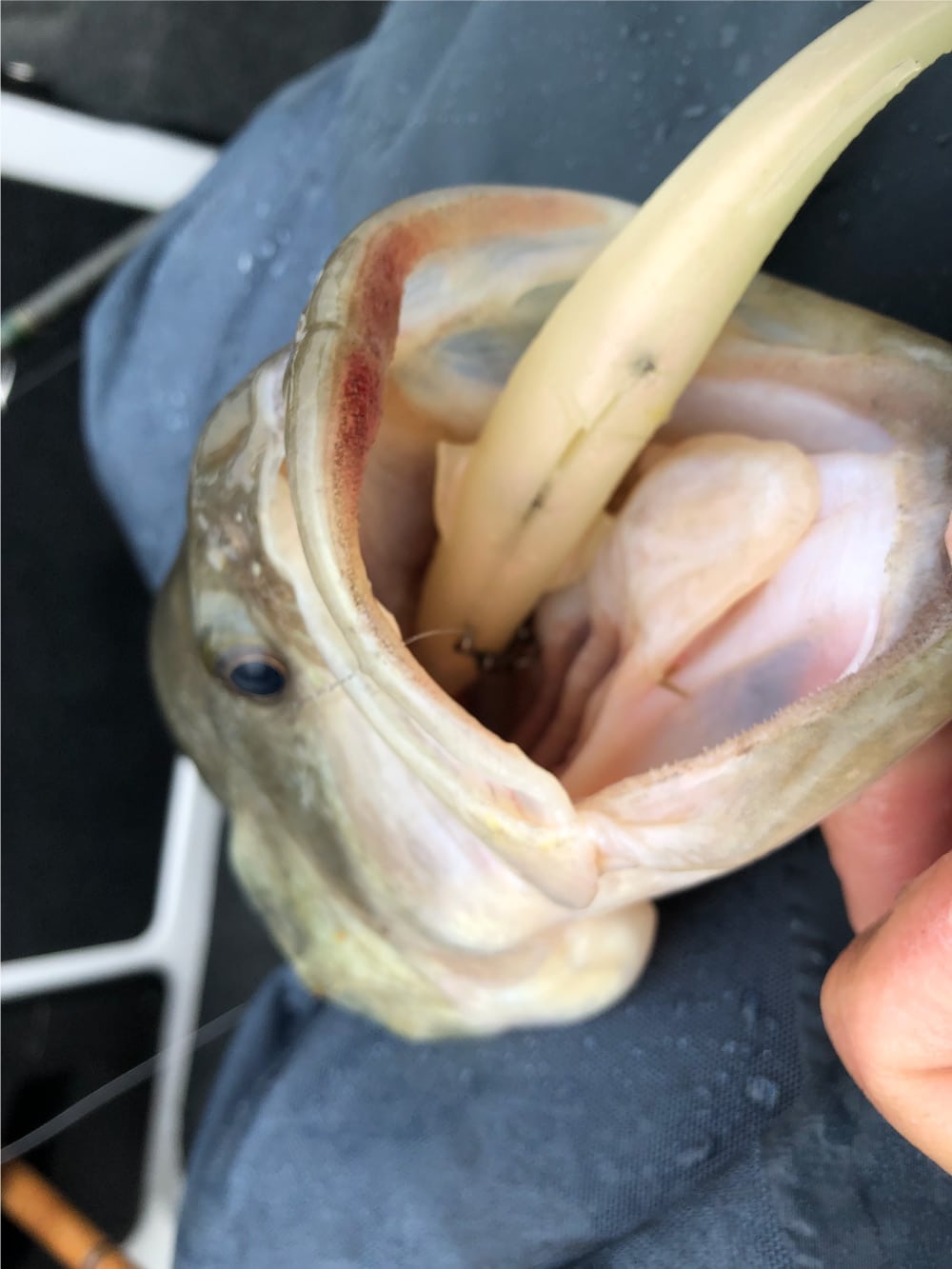 “Those fish were eating giant gizzard shad, he recalled. And after the lightbulb went off I was so locked in. A lot of people were fooled by the water color. The rain they’d had scared a lot of guys, but the water was clearing every day. There had to be current or wind. Also, I was keying on spots, where bluffs turned into semi-bluffs; or bluffs turned into chunk rock; or chunk rock turned into gravel. Anyplace things went from vertical to horizontal, they’d be in that little 10 yard stretch of transition. I ran into KVD two or three times that day, and like most guys he was fishing long, quarter-mile stretches, but I could pull up and just fish a 10 yard stretch.”

While he’d pinpointed the precise stretches that the fish inhabited, and understood that they’d typically be 8 to 10 feet off the bluff, that didn’t mean that the bass were easy to catch. Zaldain said that he had to “keep it in the strike zone as long as possible.” In order to do so, he had to bring the bait against the current.

“I went against the bass fishing handbook, which says that you should always bring the bait with the current,” he said. “Not in this case. By casting downstream and bringing it back up, I could leave the bait in one place and let it marinate in eddies and around laydowns for twice as long as normal. As it sat there, with the tail doing its things and the bait’s signature head shake, those fish coming out of winter transition zones in 10 or 12 or 15 feet of water would come up and demolish it. They had it in the back of their throat every single time.” 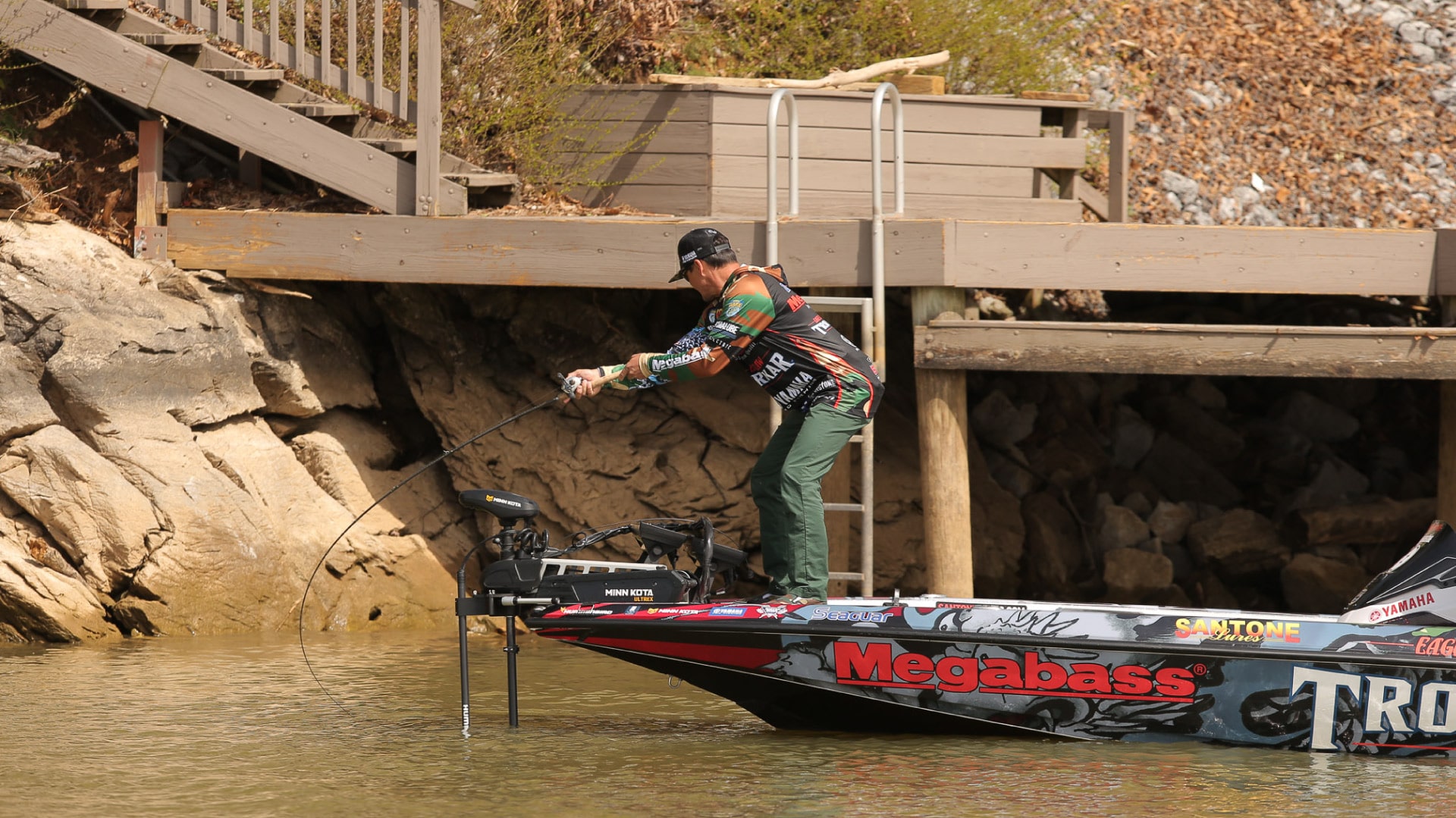 A Swimbait that Thumps

A soft swimbait might seem like an unlikely choice in stained water, but Zaldain noted that most anglers, even top pros, don’t understand how much water this style of lure can displace. He’d seen dying gizzard shad in the 8- to 9-inch range, so he knew that the fish were targeting bigger bait, and the Magdraft has the right “frequency of wiggle” for slightly stained water, with a hearty tail kick and a body that rolls on the retrieve. He fished an Albino Pearl Shad color, which “stands out and glows, even in a foot of visibility.” If the water has more than 4 feet of visibility, that’s when he often shifts to the more natural White Back Shad pattern.

The Magdraft does have a visual component to its appeal, but not nearly as much as a hard glide bait like the I-Slide. He used 15 pound test Seaguar InvisX fluorocarbon, a line which “doesn’t restrict the bait in any way.”

Surprisingly, although the Magdraft weighs and ounce and a quarter, Zaldain did not employ typical swimbait tackle. Instead, he used a Megabass Orochi XX Perfect Pitch, the same rod he’d likely use to fish a jig. The 7’2” length allowed for long but precise casts. It has a “slightly softer tip” that allowed him to feel what his swimbait was doing, but also adequate backbone to move big fish out of eddies and away from laydowns when they struck. For those same reasons, he employed a Shimano Metanium baitcasting reel with a 7.4:1 gear ratio. That might seem counterintuitive when slow was the name do the game, but he was able to slow down his retrieve manually and then could move the bass away quickly after he set the hook.

“You need to be able to slow your retrieve down when you have 100 percent confidence in the bait you’re throwing,” he explained. “I had mental images the whole time of a 5-pounder choking it.”

On Day Three, Zaldain lost one of the key components of his pattern – current. He couldn’t work the bait the way he’d been utilizing it, and the bass were simply not set up as predictably. He weighed in two bass and fell to 12th.

“I have zero regrets,” he said afterward. “I can honestly say that I didn’t think about picking up a worm just to catch a little limit. The Classic is all about catching the biggest five you possibly can for three days in a row. It’s all about going for the win. If I can get five or six bites on it that day and land five, I win.”